Does Leaving a Gospel at a Railway Station work? 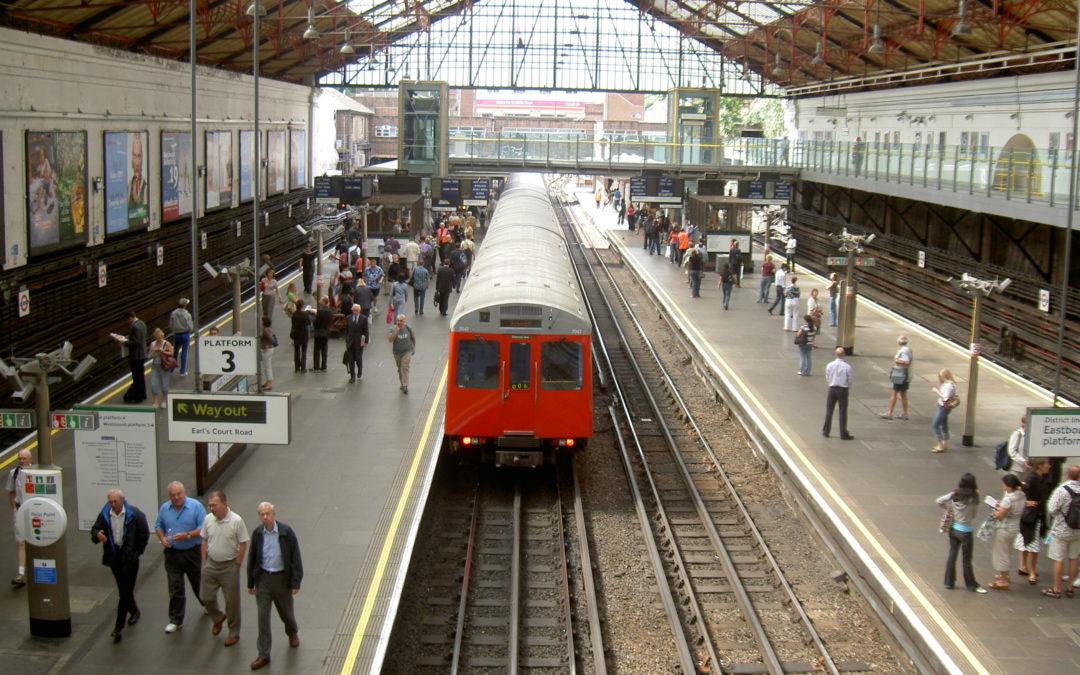 Members often ask us if leaving a Gospel in a public place can have an impact? We get thousands of stories, from all over the world, that tell us that God uses His Word in a powerful way..no matter where it is placed.

Two stories this week, which I hope will encourage and inspire you to take some simple action.

First one is from Carl from Beckenham. He writes us:

“I started placing books on free bookstalls which can be found in places like tube stations etc. I intend to so with these and put a mobile phone number inside the covers for further discussion!”

Good going Carl. One day our Lord might reveal to you what happened to them as He did for Olga from Siberia, who shares her story below:

“There is a bookcase at a railway station with free literature, both Christian and secular. I always take a few different Gospels there and normally I go there on Sundays. This one time I went there on a weekday. As I was putting some Gospels in there I heard a voice behind me, “So, you are the one who brings Gospels here?” I turned around and saw a small skinny elderly lady all dressed in black. “Yes, it is me,” was my answer. All of a sudden she went on her knees before me and bowed down to the ground. I absolutely couldn’t believe it. It turned out that she had been coming there for a month to see me, in order to tell me the most amazing story that was connected to one of those Gospels.

One day she was headed to see a doctor and realised that she had forgotten her Gospels that she had always carried with her. So, she decided to go to the railway station bookcase to get one.

When she arrived to the hospital, she decided to sit for a bit to read the Word of God. Next to the chair was a little table and then another chair that was occupied by a sad-looking young girl. The elderly woman got the Gospel out and without thinking about it put it right in front of the girl and then sat in her chair. She didn’t even realise she had done that.

The girl looked at the Gospel with a huge surprise, screamed and then burst into tears. Then the elderly lady listened to the girl as she shared her story. The girl got pregnant from her boyfriend and decided to abort the child. When her boyfriend found out, he begged her to keep the child and wanted to marry her. The guy’s parents also asked her to keep the child and marry their son. Or, if she didn’t want to marry their son, they asked her to give birth to the child and give him to them. They said they would love and raise the child. But she was adamant and said that it was her body and she could do with it what she wanted.

So, here she was at the hospital. She had done all the necessary tests, paid for everything and was sitting there waiting for her abortion. But at the very last moment she decided to “give God the last chance” and said to Him that if He existed, if He needed her child, and if He needed her – that something would have to happen in those last 10 minutes before the surgery; but it needed to be something clear and specific. A few minutes after the prayer, the red Gospel was put right in front of her and she knew that was her sign.”

Thanks to the simple act of leaving a Gospel in a railway station, a baby’s life was saved. Please consider leaving pocket Gospels in every railway station in the UK. We will even send them to you for free if you ask us to! www.ptluk.org/order

Mike
Ps.It is time to flood the UK with the Word of God. www.ptluk.org/order